Sixth & I Historic Synagogue
<< Return to Religious Art and Architecture 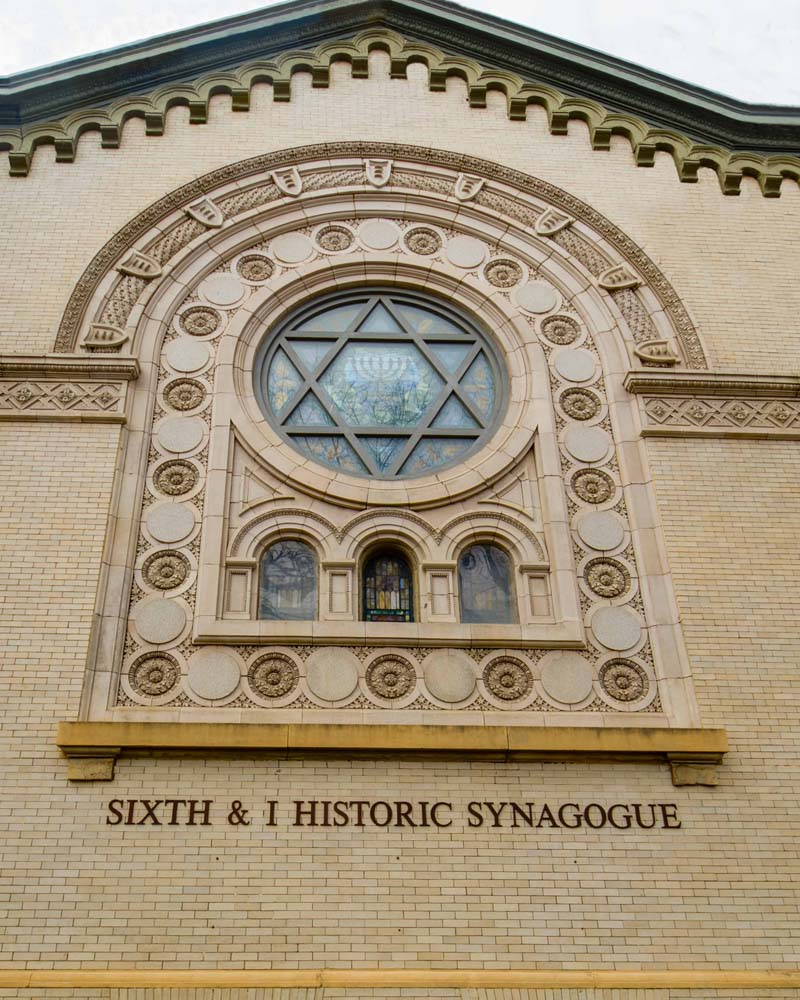 Visit the Sixth & I Historic Synagogue Photo Gallery Selector (below) >>

This building began life in 1908 dedicated as the Adas Israel Synagogue, which was then surrounded by the local Jewish community, which also included several other synagogues nearby.

The new building used the then innovative building technique of using reinforced concrete foundations and floors instead of iron columns and wooden floors. The innovation delayed construction due to the need to convince local building inspectors of the soundness of the now routine techniques. The Washington Post commented at the time that the new synagogue “ranks with the best church edifices in the city” from an architectural standpoint.

Due to growth in the congregation, Adas Israel moved in 1951 and sold the Sixth and I property to the Turner Memorial A.M.E. Church. This was the beginning of the new identity of the building as a church. It retained this new identity until 2002, when Turner Memorial A.M.E. Church moved to a more spacious building in Hyattsville, MD, and wished to sell the Sixth and I building. The realtor suggested it could serve as a night club. With motivation from the Jewish Historical Society, three Jewish realtors quickly combined their efforts to save the building.

Over the next couple of years, the building was refurbished to return it to its former appearance, and by 2004 the building was rededicated as the Sixth & I Historic Synagogue. To this day, this building has hosted many events for the wider Jewish community, as well as a variety of styles of Jewish religious services.

Click on one of these locations to see photos from that area.